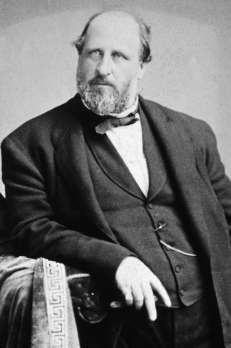 What’s happening in Washington is more than just sour grapes on the part of the Democrats who lost the presidential election. Its more than a left leaning main stream media with an agenda to get President Trump impeached. It’s a desperate attempt by the Washington Establishment to hold on to what they believe is theirs.

I’m not suggesting that there’s a single person behind a curtain pulling the strings that controls the country, but I do believe that there are groups of people who are controlling events in such a way to benefit themselves and their constituencies. Their motives are selfish with little to no concern for the tax payers.

This is like the way Boss Tweed and Tammany Hall ran New York in the 19th century.

It’s hard not to admire the skill behind Tweed’s system … The Tweed ring at its height was an engineering marvel, strong and solid, strategically deployed to control key power points: the courts, the legislature, the treasury and the ballot box. Its frauds had a grandeur of scale and an elegance of structure: money-laundering, profit sharing and organization.

Some of the anger and the hatred directed at President Trump I believe is fueled by the forces that want to retain control over the gravy train that they benefit from.

President Trump was elected by tax payers who felt they are expected to fund the avarice of the powers that be. Elected officials at the federal state and local levels spend tax dollars to achieve their own agenda not to care for the public good. President Trump is not one of them and he refuses to participate. 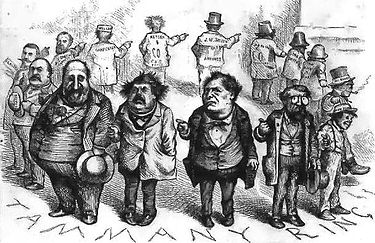 Boss Tweed and Tammany Hall were eventually shut down and sent to jail, partly through the efforts of cartoonist Thomas Nast. This cartoon shows part of what we’re seeing today. A loosely associated ring of liars, thieves and cheats distorting reality to work the system to line their own pockets.

Tammany Hall was organized and had a single leader. I don’t think that’s what’s happening now, but it’s possible. I think it’s more likely that the system as it is benefits those in position to reap the benefits as they currently do. President Trump changes the game in a way that they can’t control and they see the potential for their loss of control and loss of serious income.

Some of the outrage and hatred is genuine and some is generated to fuel the fire.

There is too much hatred and emotion directed toward President Trump to be coming from those outraged at losing a rigged election. There must be more in play than just that.

A well fed middle aged male with strong opinions and a sense of humor. I was a Commissioned Officer in the United States Army Military Police Corps. I also spent some years in manufacturing management in both union and non union environments. I know how to lead and how to supervise. I also know how to share what I know. My degree is in Criminal Justice so that means I have a background in Psychology and Sociology. When you couple my Law Enforcement and Security training and experience with my education and experience in management and leadership you get a unique view on Supervision and Leadership.
View all posts by gino984 →
This entry was posted in Economics, Election 2016, General Political Issues, Social Issues, Trump and tagged congress, Free Market, Freedom. Bookmark the permalink.