Trump is going to win big regardless of the polls 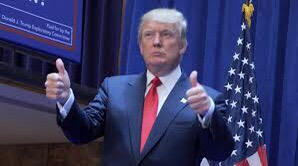 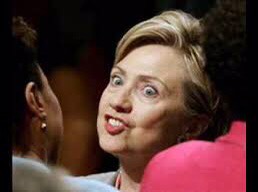 This was published in the Daily Beast. You would have to look far and wide to find a more liberal site. It’s worth reading the entire article but he main points are that 51% of Sanders supporters will NOT vote for Hillary and 15% of those voters plan on voting for Trump.

Hillary is too unpopular and too distrustful to vote for. Even the most Liberal among us see that. This is why I refuse to believe any of the polls.

Trump draws large crowds at his events and Hillary can’t draw a decent sized crowd. Trump has a plan for the economy and jobs and this election is about jobs and the economy. Hillary wants to punish the rich by increasing taxes; very few voters are excited about increased taxes. Hillary has nothing positive to campaign with. There is nothing new and exciting that she can promise to do that anyone would believe.

All the facts support that Trump will win big, all the polls show that it’s a close race. I prefer to believe what I see and hear not what the media tries to show me with the numbers they cooked up in some back room.

The democrats have to appease all of their special interest groups, Black Lives matter, the environmentalists, The Congressional Black Caucus, The Anti-Wall Street groups in all of their different identities. There is no way to satisfy all of these groups and still appeal to independents and republicans. Without independents a Democrat can’t win.
“Despite a dogged PR campaign by Clinton loyalists, legions of Sanders devotees have refused to embrace her. Many remain chastened by a primary process they see as having been “rigged.” Others are disturbed by Clinton’s recent overt appeals to Republican national security hawks and billionaire financiers. Whatever the reasons, a YouGov poll released September 15 showed that only 51% of Sanders supporters plan to vote Hillary — a six percentage point drop from one month prior. (Conversely, 15% of Sanders supporters stated that they plan to vote Trump, a 10% increase over the same period.) Other polls indicate Clinton’s “favorability” rating has sunk to all-time lows, driven in large part by hostility from self-described liberals and Democrats — especially young ones. Fully 77% of voters aged 18-34 say they view Hillary as “dishonest.” Even Trump scores better on that metric. ”
Trump is going to win big regardless of the polls.
http://www.thedailybeast.com/articles/2016/10/02/despite-donald-trump-many-bernie-sanders-supporters-won-t-forgive-hillary-clinton.html